For a classification problem a good probability model has two important properties:

In general good probability models are much more useful that mere classification rules (for some notes on this, please see here).

Now let’s consider a model that is perfectly calibrated, but only somewhat useful. Instead of the model scores being concentrated near zero and one, they are uniformly distributed in the interval between zero and one. Let’s also assume our class prevalence is 0.5.

This model has a decent looking Receiver Operating Characteristic (ROC) plot, as we can see using R. 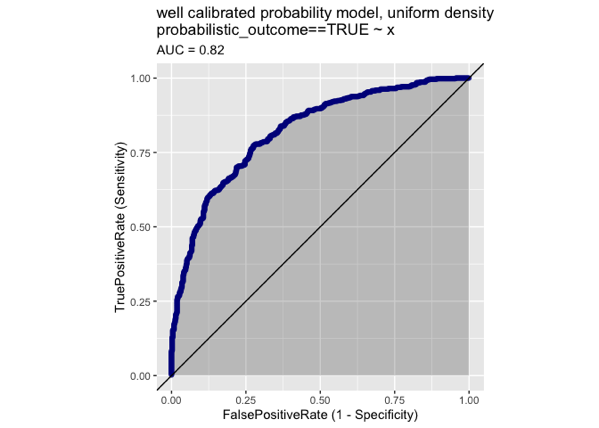 In the limit the Area Under the Curve (AUC) of this ROC plot is going to converge to: 5/6 or about 0.83, which we will derive later.

Slowing down this plot a bit is useful]. 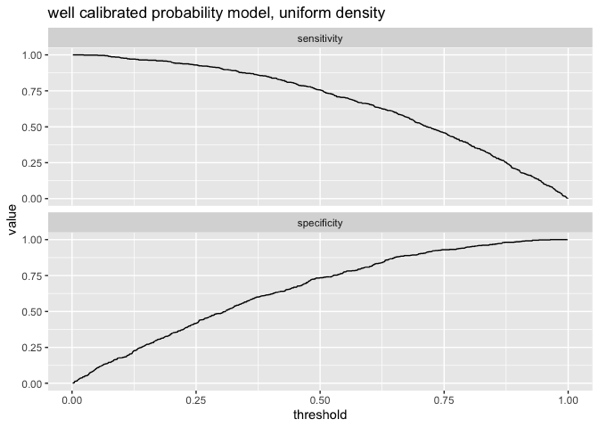 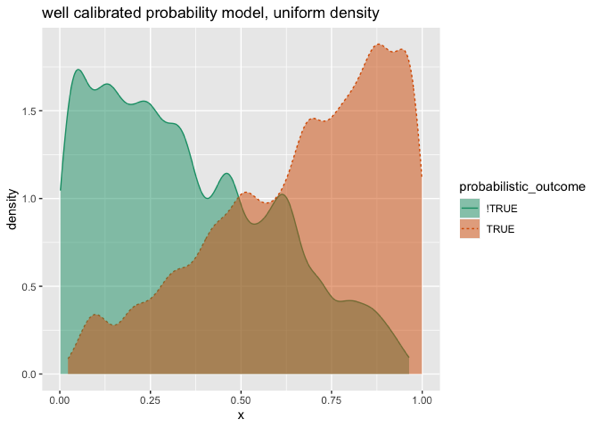 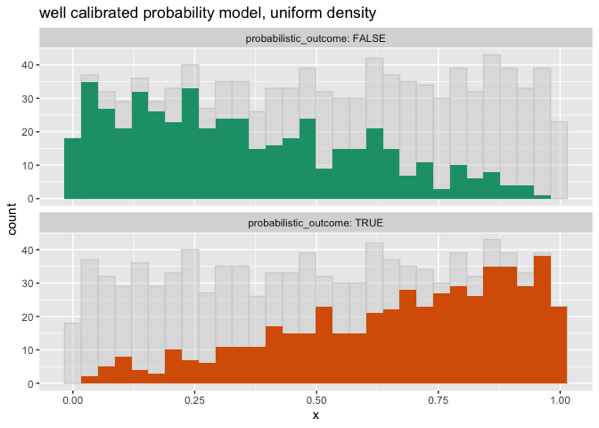 Back to the AUC.

So we are interested in the area of where a score of a negative example sneg is no more than the score of a positive example spos. This is the following nested integral.

We substitute in our formulas for the conditional densities to get:

And we finish the calculation in Python/sympy.