Living in A Lognormal World

Recently, we had a client come to us with (among other things) the following question:
Who is more valuable, Customer Type A, or Customer Type B?

This client already tracked the net profit and loss generated by every customer who used his services, and had begun to analyze his customers by group. He was especially interested in Customer Type A; his gut instinct told him that Type A customers were quite profitable compared to the others (Type B) and he wanted to back up this feeling with numbers.

Let’s look at the distribution of net profit across both customer populations:

This pattern is typical among the customers of many businesses. The majority of customers generate relatively moderate profit (or loss); but there is an important minority of large-profit and large-loss customers out on both tails. In this case, the monthly customer value actually ranges from losses in the tens of thousands to profits of several hundred thousands (I clipped the graph, for “clarity”).

I hesitate to call these large magnitude customers “outliers” because that term implies anomalous, possibly erroneous, data. In this case, the “outliers” are relatively rare, but important, customers who can potentially make the difference between a company that is in the black or in the red. Still, they are the exception and their behavior doesn’t necessarily tell you anything about the behavior of your typical customer. Knowing the mean profitability of a given customer group is important, of course, but the estimate will be dominated by your exceptionally profitable or lossy customers in that group, and as we’ve seen, that hides information about the majority of your customers.

You might remember from our Good Graphs article that if you have positive skewed data with a wide dynamic range, graphing the data on a log scale helps you see phenomena across the entire range of data that you might miss on the ordinary graph. Unfortunately, we have data here in the positive and negative range. So let’s split the customers into three groups: profitable, unprofitable, and break-even. About 5-6% of the customer base is break-even, roughly the same proportion in Groups A and B; we’ll ignore them for now, and look at the profitable customers first (over 80% of the customers, in both groups).

Approximately 2.5% of Type A customers generate profits greater than $1721; let’s call them the Type A “best-customers,” some of whom generate profits in the tens of thousands. They are responsible for 30% of the profit that comes from profitable Type A customers, and 3% of the profit that comes from all profitable customers (even though they only make up 0.2% of that population).

The distribution of highly skewed positive data, like the value of profitable customers, incomes, sales, or stock prices, can often be modelled as a lognormal distribution: that is, the log of the data is distributed in a bell-shaped curve centered (in log space) at the median of the data (remember, for a normal curve, the median and the mean are the same). In our case, both the profits (seen above, in Figure 4) and the losses are distributed approximately lognormally. For lognormal populations, the mean is generally much higher than the median, and the bulk of the contribution towards the mean will be made by a small population of highest-valued data points. If you use the mean as a stand-in for value, you will overstate the value of most of your customers.

The distribution of customers above sounds a lot like Chris Anderson’s Long Tail Theory of consumer goods. Most of the revenue of (for example) a bookseller or a music store comes from a few “hits”, or blockbusters, with the rest of the merchant’s inventory out along the tail of Figure 5, moving a relatively small volume per title.

The Pareto Distribution, which is one form of a power distribution, has been proposed as an alternative to the lognormal for modelling income distribution and other similar phenomena. Researchers have debated whether lognormal or Pareto is a better model for income distribution since at least the 1950s. Qualitatively, the two distributions have similar behavior. There are certain estimation and forecasting tasks where it does make a difference if your data follows a power law rather than a lognormal, but for the purposes of this discussion, it doesn’t really matter. For those who are interested, Michael Mitzenmacher has a fairly approachable discussion about the difference between power laws and lognormal distributions.

Back to Long Tail Theory. Historically, merchants tend to concentrate on high-volume items, due to space limitations and the cost of holding inventory. Overall, however, the sum total of tail-product sales will add up to a respectable volume, especially for web retailers who have unlimited “floor space” — or so the Long Tail theory goes. A retailer must then decide whether to follow the traditional “hits-oriented” strategy, or a more “tail-oriented” strategy that caters to the numerous niche markets.

Not all business works like a music or book seller; the appropriate strategy will vary. Still, we can think of a few reasons why keeping little customers happy is a good idea.

For one thing, big customers are not only rare, but they are the ones that your competitors covet the most. Little customers, meanwhile, can still add up to a respectable chunk of change (close to 40% of net profit in our example above). A solid cushion of smaller customers may soften the blow to your profit margin, should a few of your bigger customers defect.

Consider computer sales. Microsoft and Dell serve both the corporate and consumer markets. To judge from their past marketing practices, they consider business customers to be the more valuable segment (see here for a rant somewhat related to this topic). But business IT sales have declined in the current moribund economic climate; analysts attribute the growth in computer sales for the last quarter of 2009 primarily to consumer spending. Dell’s market growth for that last quarter was much lower than that of HP, Acer, and Apple, which are more consumer-oriented companies. It’s also worth noting that Microsoft saw a 14% decline in revenue for the quarter ending September 30, 2009, compared to the year-ago quarter (and their earnings were in large part due to sales of the Xbox, a consumer product), while at the same time, consumer-oriented Apple saw a 24% increase in revenue from its year-ago quarter.

Your pool of little customers is also a pool of potential future best-customers. And you can’t always guess which ones. So a wise strategy might be to allocate part of your retention and growth campaign to providing loyalty incentives to smaller customers, and educating them about how your higher-end services or products might benefit them. Those little customers who have the means or opportunity to move on to the next level might very well appreciate your efforts, and stay with you, rather than defecting to a competitor.

One last thought about retail hits and high-value customers. McPhee’s Theory of Exposure, which is cited by Anita Elberse in her Harvard Business Review article “Should You Invest in the Long Tail?”, states that the popularity of music, film, TV or books is largely driven by “marginal audience participants” — the casual, or light, consumer. Casual consumers gravitate to already popular products because they have limited exposure to alternatives, and hence limited knowledge of them. Consumers of more obscure products, on the other hand, tend to be heavy (and knowledgable) consumers: voracious readers, dedicated music or film buffs, or enthusiasts of specific genres, like science-fiction or horror. 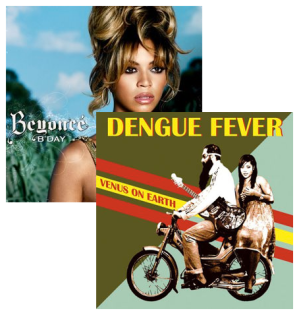 McPhee’s research was done in 1963, using subjects who had a fairly small range of choices, compared to internet scale. Elberse found, however, that the phenomena McPhee described still held for the internet merchants that she studied. She uses this observation (along with McPhee’s companion theory of Double Jeopardy) to argue that retailers should not substantially alter their traditional hits-based strategies. There is an alternative interpretation:

So an overly hits-oriented strategy will skew you towards a base of low-value customers. Indeed, Seth Godin argues that iTunes and Amazon, who are in a better position to implement a more tail-oriented strategy, are thriving at the expense of physical stores exactly because they have been able to steal the quality (high-volume) customers away.

The moral is that both sales and customer value live in a lognormal world, where blockbuster products are marketed to a large cloud of low revenue customers, and high revenue best-customers are supported by large catalogues of low volume products. Fail to serve one side of this relationship, and you risk losing the other side.

Data scientist with Win Vector LLC. I also dance, read ghost stories and folklore, and sometimes blog about it all.